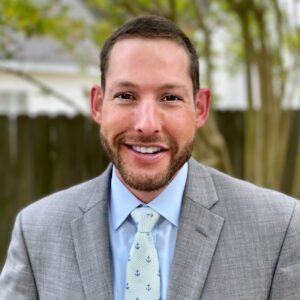 D. Garrett Hill is a native of Shreveport, Louisiana, where he graduated from Loyola College Prep in 2006.

Mr. Hill returned to his home state of Louisiana and from the fall of 2014 to the summer of 2016, he clerked at the First Judicial District Court in Caddo Parish, Louisiana, for Chief Judge Robert P. Waddell, the Honorable Eugene W. Bryson III, the Honorable Roy L. Brun and the Honorable Erin Leigh Waddell Garrett.

In August 2016, he joined Smitherman, Hill & Brice, L.C., as an associate attorney. His focus is on many aspects of the law, including, but not limited to, family law matters, such as divorce, child custody, and child support, and court appearances in those matters. Community property settlements; civil litigation, personal injury and medical malpractice; criminal litigation; business organization (limited liability companies); contract; succession; estate planning, will preparation, living will declarations and powers of attorney.